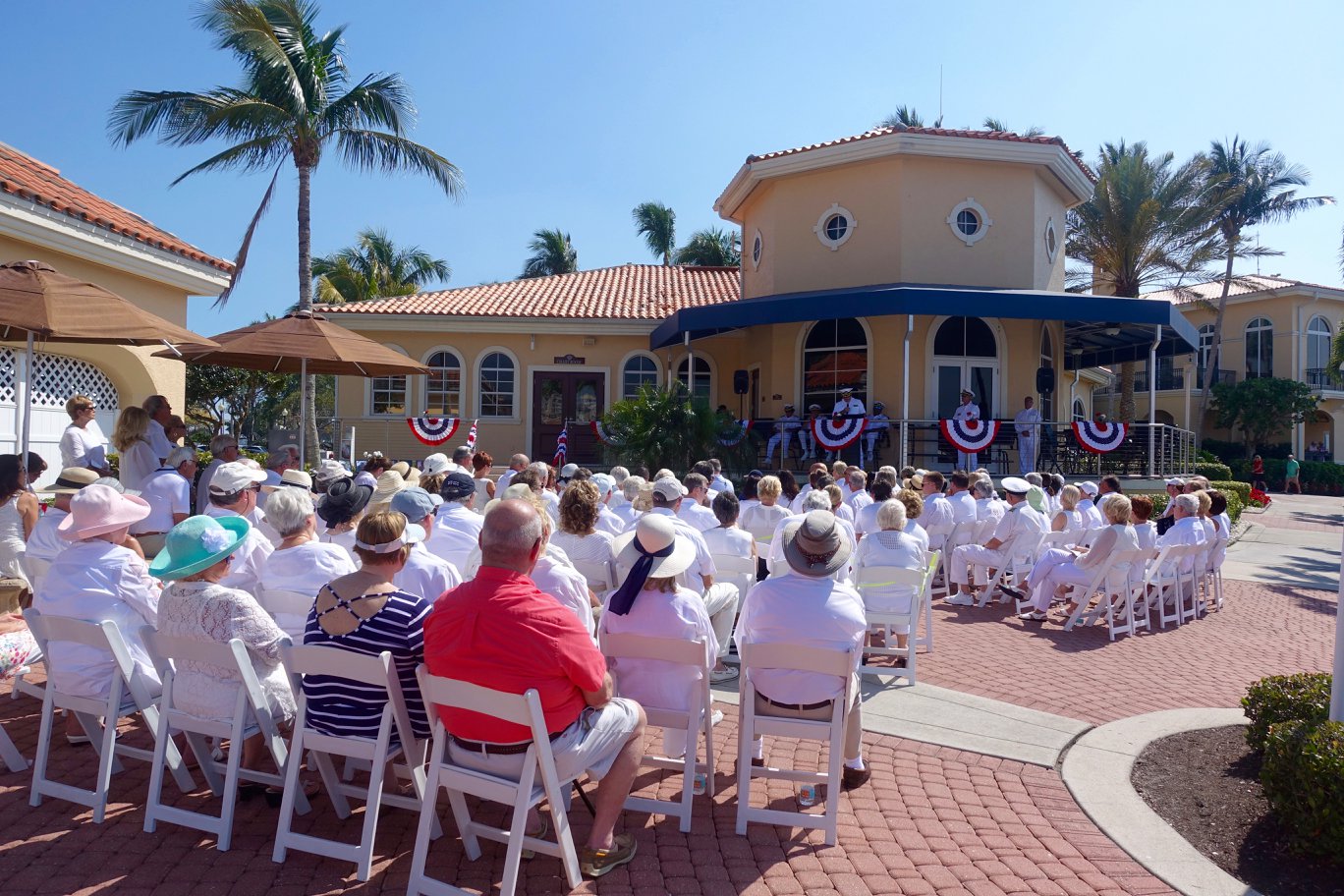 The Gulf Harbour Yacht Club’s beginning goes back to conversations held in 1996 between Harbourmaster Perry Hodell and boating enthusiasts in the newly opened marina.

As a result of these early discussions, an ad hoc committee was established consisting of Lou Fiore, Roland Eisenberg, Art Williams, Gene Custer, and Perry Hodell to form a cruise club to promote cruising on the Gulf Coast. Several planning meetings were held during the summer in the Harbourmaster’s office.

The new cruise club’s first organizational meeting was held in the aerobics room at the Sports and Fitness Center on September 27, 1996, at 6:00 PM. All Gulf Harbour boating enthusiasts were invited to this meeting. (Note: the clubhouse was not yet completed.) During the remainder of that year into 1997, much work was done organizing the club, writing the by-laws, planning cruises, and holding social functions.

From the first organizational meeting in September 1996, to the current membership of nearly 300 individual members, the Gulf Harbour Yacht Club has prospered in the spirit of working together toward common goals.

Order of the Silver Stars

The Order of the Silver Stars is open to any GHYC member who is a Past Commodore from any yacht club.